iCoStore was founded in 2002, just as the internet was starting to change the world. New industries were popping up. Old ones were dying. Back then, the first iPhone was still five years out. Blockbuster Video was going strong, the first iPod had just been released and you still needed to call your travel agent to book a flight, hotel or rental car. Facebook and YouTube didn’t exist. This was the beginning of a major paradigm shift—not only in business, but in our daily lives.

Three years earlier, iCoStore founder, Tom Meissner, was designing and producing corporate golf products. He decided to build online company stores so his reps could sell their apparel and more of his products. His reps liked the early stores, but they needed to offer smaller quantities of apparel without stocking a large inventory. Tom had just started an embroidery company to decorate his golf bags, so he wondered if he could decorate apparel on demand.

Combining online stores with on-demand decoration made sense. But automating it and doing it efficiently would be a challenge. The technology didn’t exist—yet.

Build it, and they will come

When Tom first explained his idea to industry veterans in 2000, they said he could never make money decorating one shirt at a time. They were correct—if he worked within the traditional inventory-based model. But Tom wanted to transcend that model entirely by creating revolutionary technology and combining it with his ground-breaking Just-In Time (JIT) decoration process.

In 2004, Tom hired Kirk Howell, a college friend and longtime technology consultant, to build the platform he’d envisioned. Kirk loved the concept and bought into iCoStore.

Though annual sales were just $100,000, Tom and Kirk had faith in their plan. Over the next two years, they invested almost $1 million dollars into building and perfecting the system. They worked closely with apparel suppliers and accepted hundreds of small orders every day. Tom’s embroidery company decorated the apparel in house.

Early on, most suppliers didn’t even have digital images of their entire product line, which made it challenging to take orders electronically. Despite the roadblocks, Tom and Kirk pushed forward and built the most nuanced, robust system on the market.

A disruptive vision in a traditional industry

Over the next decade, iCoStore continued to refine its technology, streamline its systems and processes and develop a growing client base. The company’s goals were both revolutionary and simple:

As iCoStore grew, it moved into a 32,000 square-foot facility that housed its technology, decoration, warehouse and fulfillment operations under one roof. Tom’s vision had become a reality. iCoStore could process large orders—or it could decorate one shirt at a time.

Today, iCoStore is in the top 1% of promotional products distributors nationwide. It runs over 140 corporate programs ranging from $50,000 to $1M. It embroiders more than 40,000 pieces and, screen prints over 80,000 pieces per month. iCoStore is still located in Tempe, AZ—near its original location—and Tom is still leading the company. You can pick up the phone and call him. He will be happy to discuss your needs and propose a solution that works for you.

iCoStore has grown and revolutionized the industry, but its original vision and straightforward goals have not changed. They are still at the core of the business.

We’re just a call away 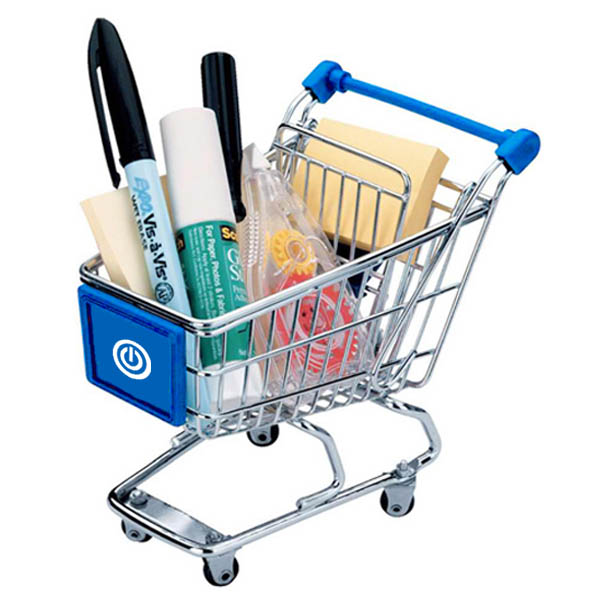